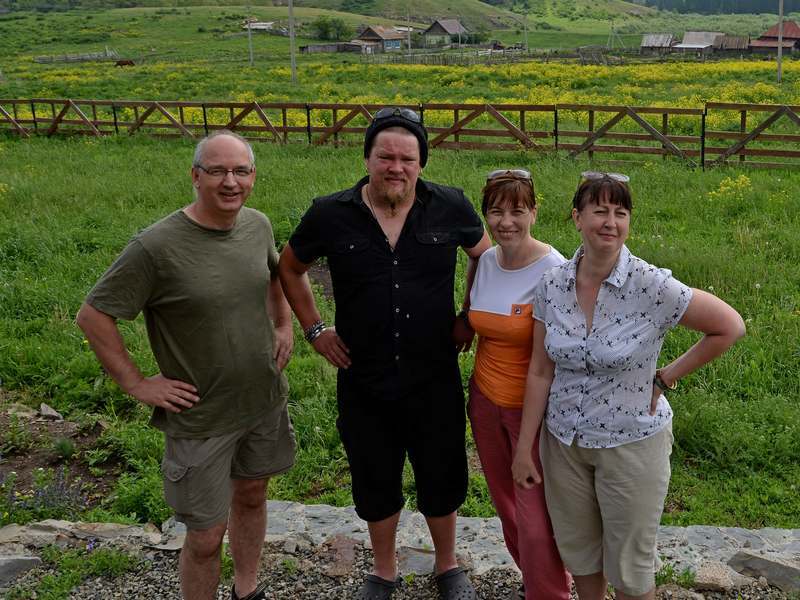 Our first trip of this season has finished and it was really challenging! Kaichi travel has been chosen by Aito Media, a Finnish television production company, as a trip organizer and local coordinator for filming a travel TV show in Altai krai. The host of the show is Ville Haapasalo, a famous actor in Finland and Russia. He has created and leads the project called “30 days” where he shows a particular part of the world, studying its people, culture and cuisine for 30 days. For this year’s episodes he visited the Altai mountains in all four countries, Russia, Kazakhstan, Mongolia and China.

Though for Altai krai the TV-crew had planned only 5 days, and we did our best to show Ville the most interesting and beautiful places of our favorite region and get him acquainted with the friendly and hospitable local people.

In Barnaul, the capital of Altai krai, we visited places of interest to get a good impression of the city. After that Ville visited many other local interesting places like baths, spa’s, caves, lakes and farms where he got acquainted with local people of course.

After 5 days we had to say goodbye to the TV crew and Ville. We drove them to the border with Kazakhstan where the crew was picked up by the Kazakhstan travel company to continue their journey. Somewhere next year we will be able to see the show on television and we are very curious to see it of course.