Stray swan has found new home in wildlife in Altai 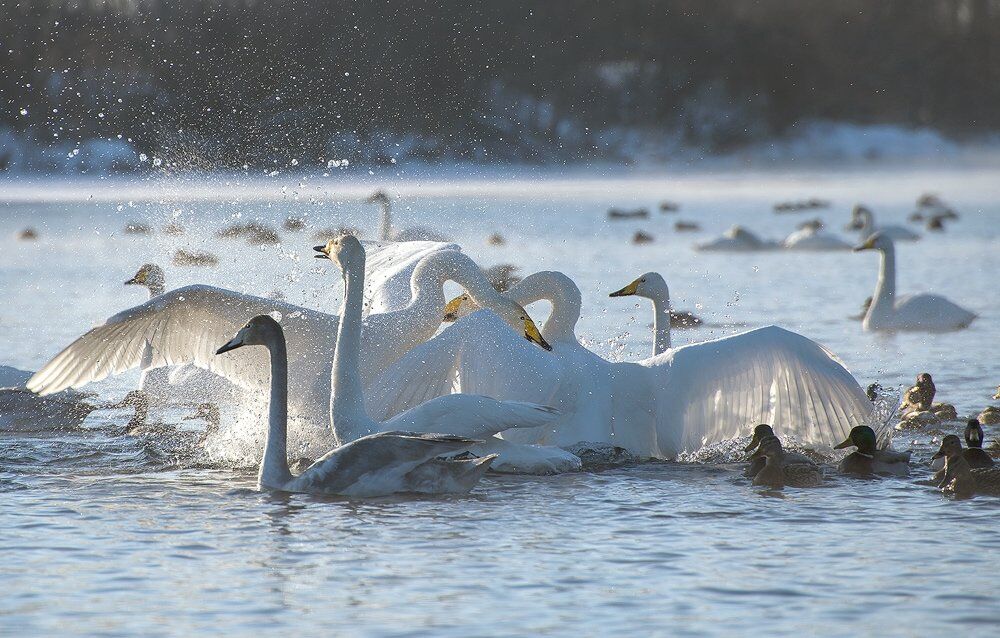 Swans are not common birds for the south of Altai, nevertheless this year one bird strayed and left for winter on a lake near Kosh-Agach. Kosh-Agach is one of the coldest places in Altai, and the lake started actively freezing in the beginning of December. So, the bird would have died without help of people.

A rescue mission was held by local firemen. They caught the bird and handed it over to the rangers of Sailugem national park. Later the rangers delivered it to Lake Svetloye, which is about 700 km from the place where the swan was found.

Lake Svetloye is a unique place in Altai. Due to hot streams at the bottom, the lake never freezes, even when temperature drops to -40 °C. For that reason many local swans don’t migrate to the south and stay here all the winter. At this moment the number of wintering on the lake swans is about 350. Next to many other birds living on the water.

The stray swan was examined by the ornitologists. They found out that it is female and possibly had some injures on its left side. Two rings were put on the swan – one metal on the leg and another red plastic – on the neck in order to observe it on the lake. After releasing, the swan swam to the far bank of the lake and for long time bathed and cleaned her feathers.Thanks to the help of the firemen, the rangers and many others, the swan will stay alive and have a nice time during the winter in Altai. 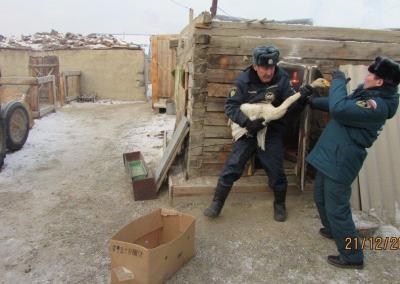 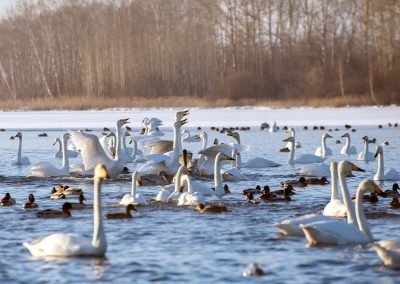 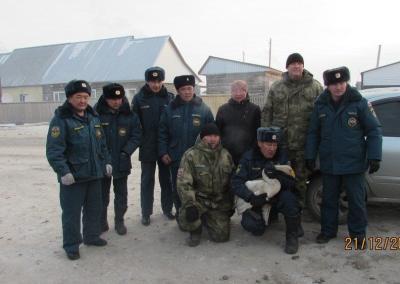 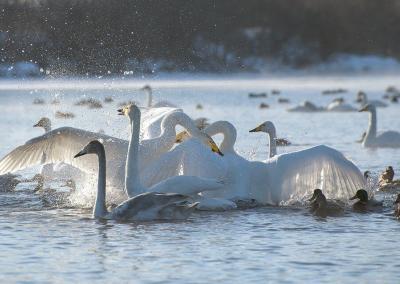 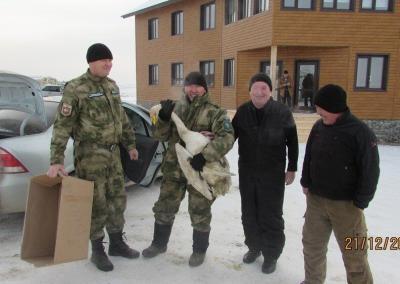 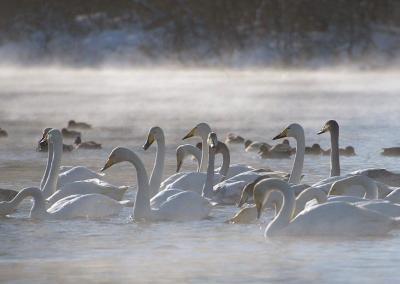