Watching one of the biggest and rarest birds of prey 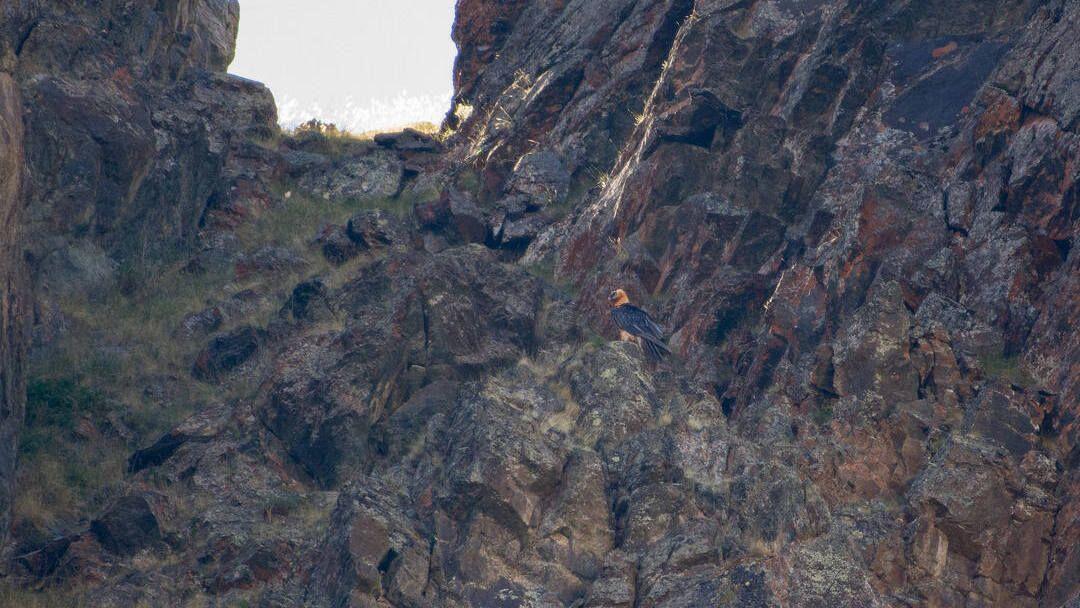 This year in our trip “Explore Altai” we were lucky to meet one of the largest and one of the rarest raptors in Europe – the bearded vulture.

And we not just saw it flying in the sky but even were camping close to its nest. To be honest not really close because the nest was built on high rock ledges about 100 meters above us. But we could watch the life of these fascinating birds. When we arrived in the morning a juvenile was sitting alone in the nest but the next morning his mom arrived, fed him about an hour and then flew in the sky around the nest.

It was a bit difficult to make pictures because of the distance and bright sun but we really enjoyed to be witnesses of their life.

Some interesting facts about the bearded vultures (Lammergier).

2. Its second name in many languages means “Lamb-vulture”, but it appeared due the myths.
Severe appearance and specific diet of the vulture formed a bad image of taking away lambs and even little children. But the bearded vultures do not hunt live prey, they are scavengers, eating mostly dead animals.

3. The main food of the Lammergier is bones and bone marrow (70-90% of its diet).
The acid in his stomach has a pH of about 1, so the bones can be digested easily. The bird drops the large bones from a height on to rocks in order to get them cracked, and immediately flies in a spiral way down following them. Sometimes it repeats throwing bones for many times. They swallow the smaller bones as whole.

4. They are the only vultures that don’t have a bald head.
Dark short hairs under the chin gives the bird the look of having a beard, that give the species its English name.

5. The yellow or rust feathers on their head, breast and leg are actually cosmetic.
This color may come from taking baths in dusty soils stained with iron oxide, rubbing mud on its body or from drinking water with a lot of minerals in it. Captive born birds are therefore not rusty or yellow but have a more white color.

6. The bearded vultures are monogamous birds.
Sometimes a young male lammergeier can join an existing pair to create a polyandrous trio. Although they usually have two eggs, only the strongest juvenile survives.

7. They are among the top 10 highest flying birds in the world.
They are able of fly up to an altitude of 7000 meters above groundlevel. 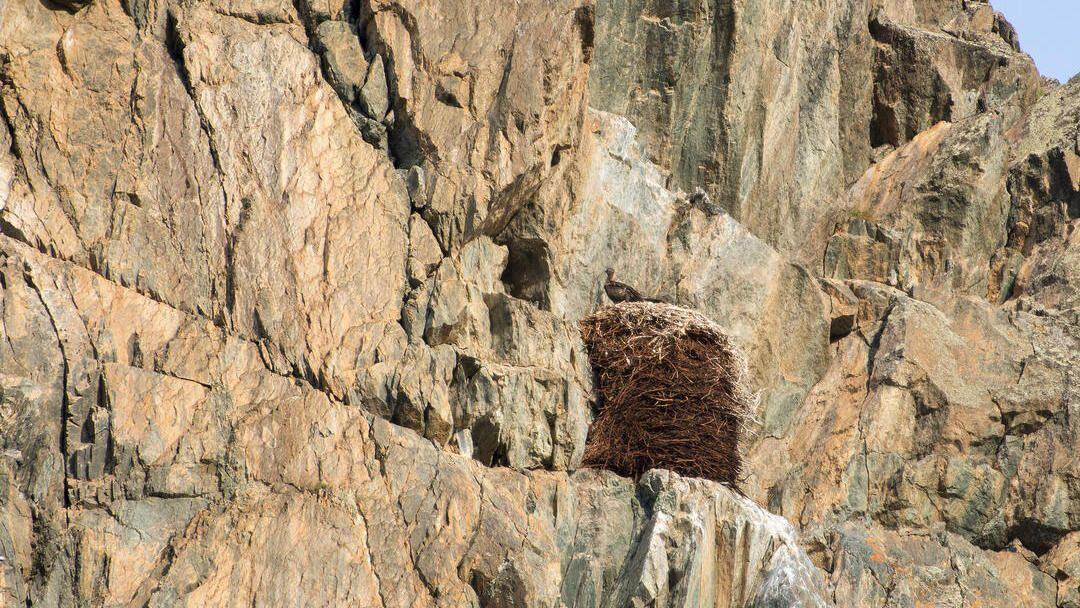 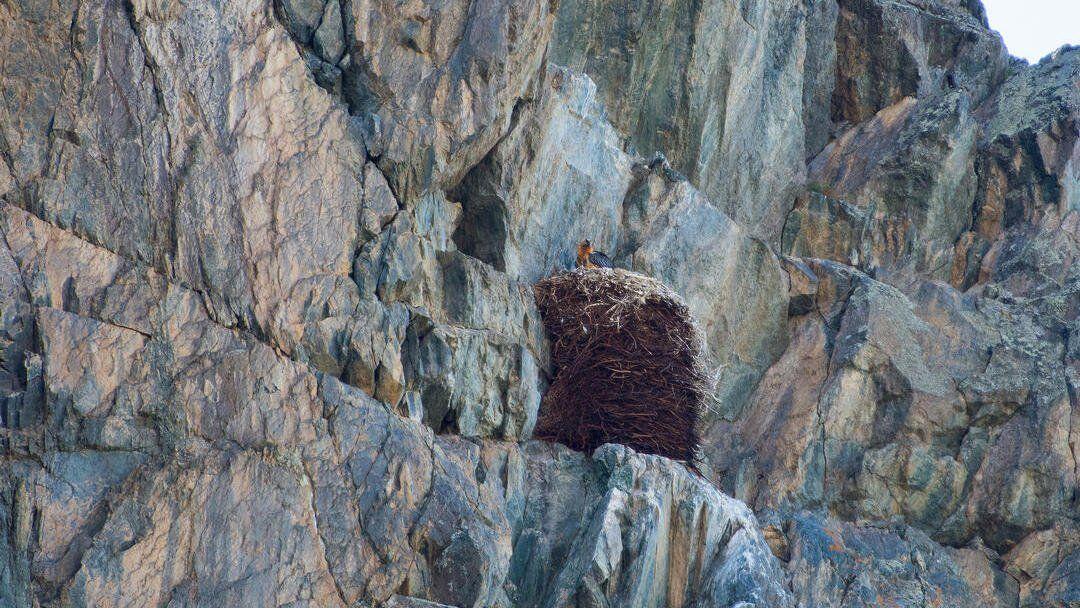 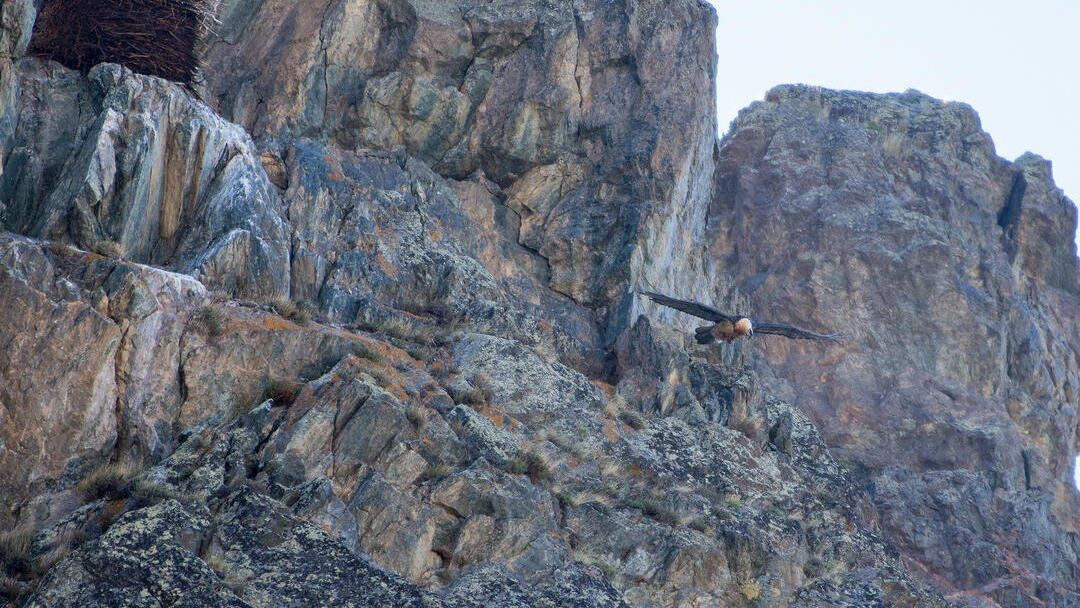