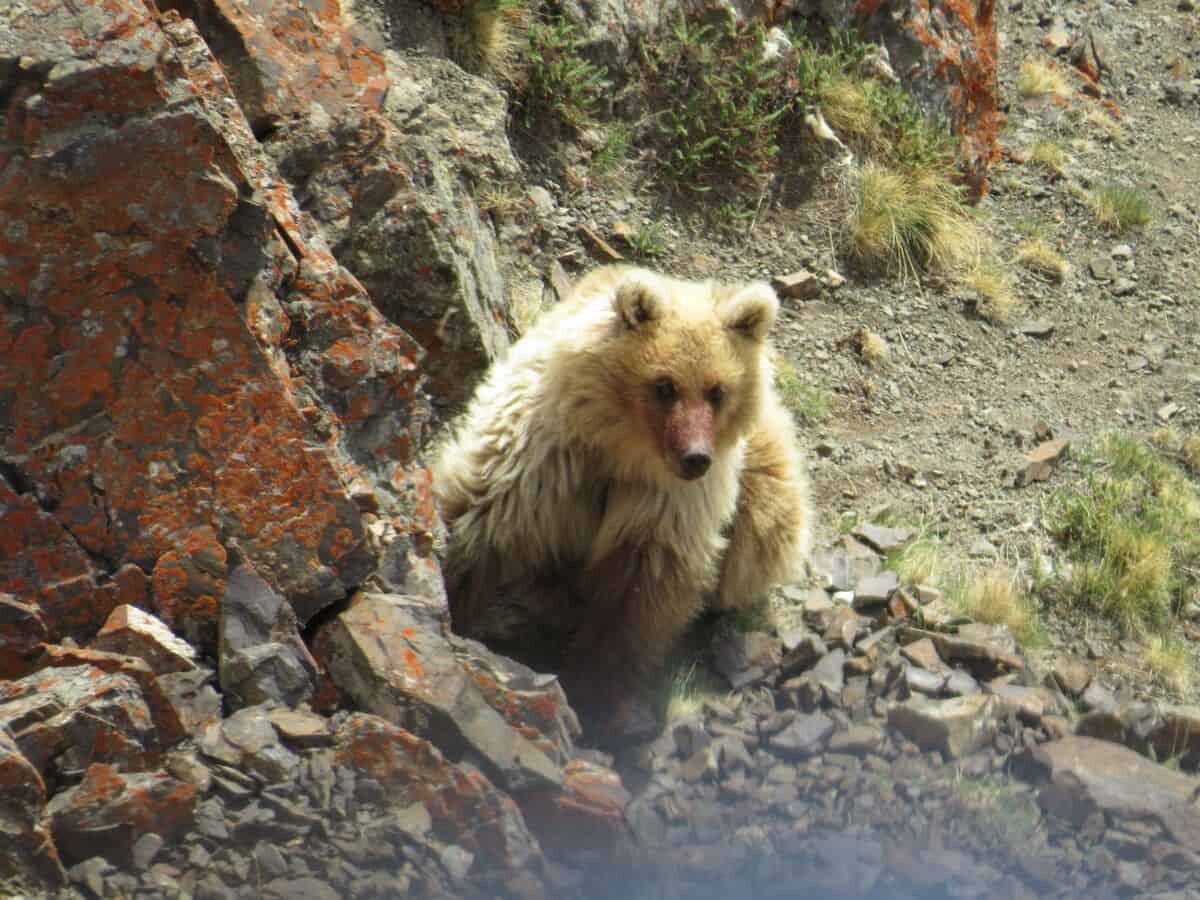 An absolutely incredible event took place in our June trip! We met a wild bear, and not a common brown bear but almost a ghost – the Sailugem bear.

For no moment we thought it this trip would be different than other trips we do in the park. We got our guides Erkin and Alexander who took us to the nice places and made sure we were safe at all times. To start with we noticed almost 15 birds of prey flying in the sky, including a rare guest in the park, a juvenile Himalayan vulture who had joined the monk vultures. Besides the monk and the bearded vulture this is the third species of vultures we have seen in the park.
But suddenly Erkin and Alexander waved at us, we should be quiet and follow them, downhill, down a very steep hill actually, only much later when we climbed back up we noticed how steep. We expected to see sitting vultures or argali but Alexander whispered it was a bear. When we arrived at a flat rock, we noticed the leg of a big fluffy animal some 60-70 meters below us. Soon it showed itself completely, and to our surprise, it was a real Sailugem bear, blond and very beautiful. It walked around a bit and we were happy we could make some pictures and video as evidence, just to show the world the Sailugem bear really exists. We were really excited and impressed at that moment, and when the bear disappeared, we realised we saw something very very special.

Till today the status and the amount of this kind of bear are not determined. Some scientists consider bears living in the area of Sailugem range as a subspecies of a brown bear, others completely deny its existence, third ones refer it to Tyan-Shan bear. For some period this bear had been considered to be extinct until it was discovered in the wildcams of the park again.

So, now it is up to the scientists to find out if this is a subspecies of the brown bear, or a species of its own. We are very curious of course and hope our pictures will help to determine it. 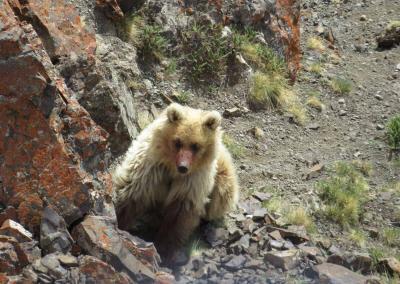 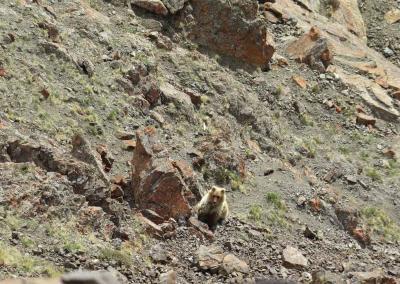 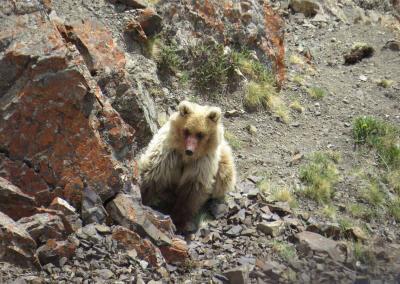 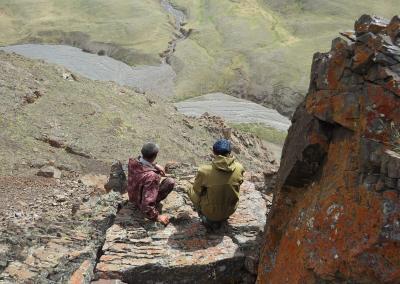 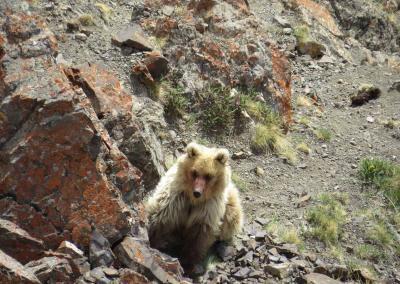 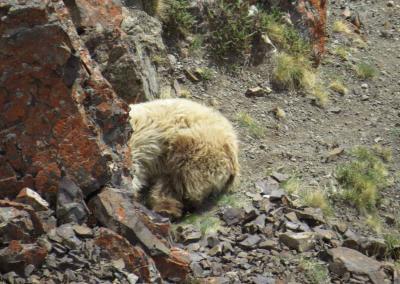 ← Back from our successful first trip of this year Happy World Tourism day 2018! →