The oldest Persian carpet in the world was found in Altai 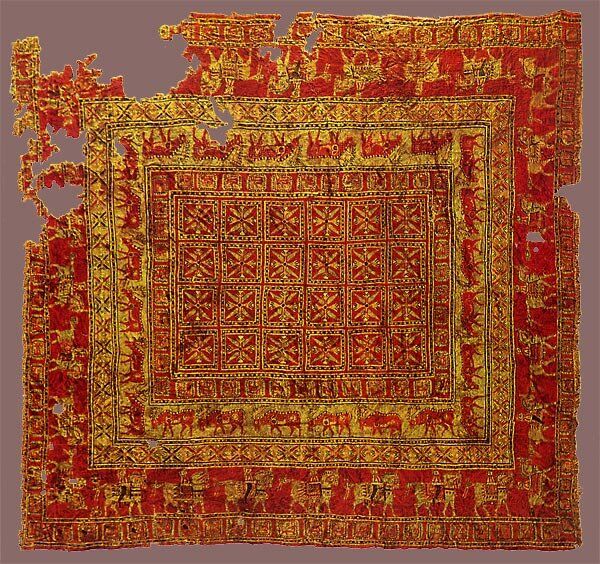 The carpet was discovered during an archaeological excavation from the grave of a Scythian nobleman in 1949 in the Pazyryk Valley in the Altai Mountains of Siberia. Radiocarbon testing showed that it was woven 2,400 – 2,500 years ago. So it is considered to be the oldest known Oriental rug.

The carpet is so well preserved due to the layer of ice and permafrost which appeared in the tomb.
The advanced technique used in the Pazyryk carpet displays a very high level of skill and intricacy. It is 183 by 200 centimeters and has 36 knots per square centimeter, many of the modern rags have a lower density of knots. The carpet pile is only 2 mm thick.

It has a very complex design consisting of a skillful combination of geometric, floral and pictorial patterns. The inner field contains 4 x 6 identical square frames, each filled by star shaped ornaments. It is followed by five border bands.
The first and fifth bands depict griffins (mythological creatures). 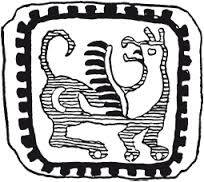 The forth band is the most interesting as it shows horsemen in the saddle and men leading horses. They go in the opposite direction to the deers.

The design of the carpet already shows the basic arrangement of what was to become the standard oriental carpet design.

The place of the Pazyryk carpet’s production is still a subject to scientists’ debates. Sergei Rudenko, who discovered the Pazyryk carpet, made a conclusion that it was a product of the contemporary Achaemenids. The carpet was most likely brought to Siberia and presented to the nobleman in whose tomb it was found.

← Journalists from all over the world took part in snow leopard monitoring in Altai How to recognize a legal and reliable Russian tour operator? →