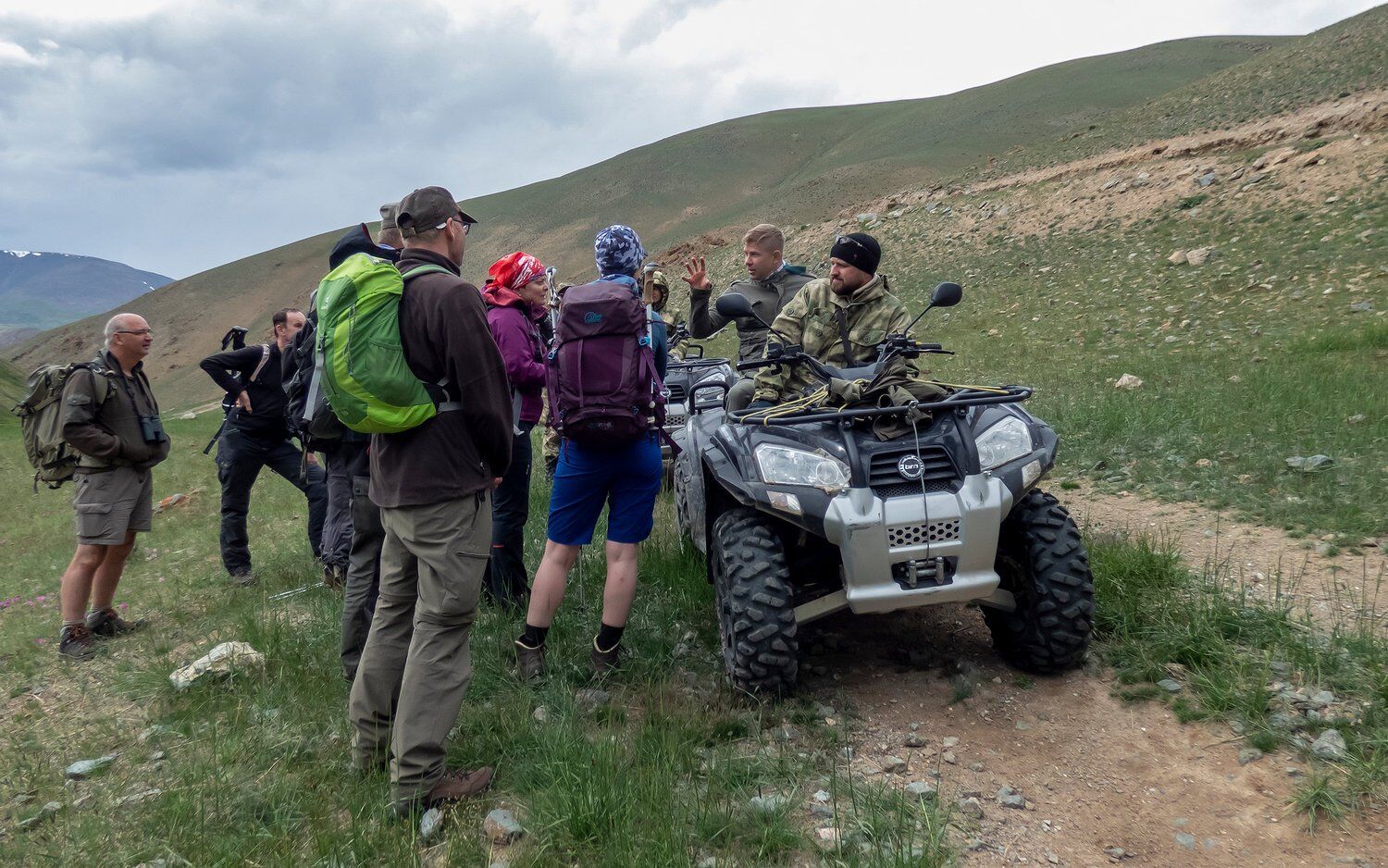 A new documentary from WWF about nature preserve in Altai “A man of Earth. Altai” was released not long ago. Our tourists even got into the frame of the film

. Tomorrow, 19.11.20, at 18.00 Moscow time the film will be broadcasted all over the world on the documentary festival with the follow-up discussion. Here is the link https://vk.com/video-348403_456240699.
Last year we made some nice trips with our German guests. A walk near Bayan Chagan is one of the highlights of our trips. This has always been one of our favorite locations to visit starting from the first trip we organized. The walk is nice, and the view is spectacular!
So in June, when we returned from our walk in Sailuygem park, we met a camera crew of WWF together with their “star ambassadors” – pop-singer Mitya Fomin and TV host Lena Letuchaya. Mitya was on the back of a quad driving to the place we just had left.
They were filming a documentary about the difficult job of the rangers of the Sailugem park for protecting snow leopards and nature on the whole in this area. The singer and the TV host joined the rangers and helped them in their everyday work. We had a small talk with them about their impressions of this unique nature and the idea of the film.
A few weeks ago the film from Mitya and Lena went live on the internet.
To our surprise some people of our group are even in the film

. Funny to see the yurt camp we stayed for a few awesome days.
Though the film is in Russian but you can enjoy all the beautiful sceneries where a part of our trips usually takes place.
Link to the film in Russia https://smotri.mail.ru/watch/1039159?tags=1221/
Stay safe and healthy!
← About the situation with Coronavirus Winter! →